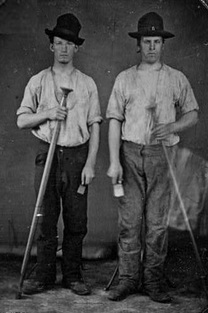 Washerst was founded in 1801 by two dynamic gypsum miners by the  names of Alojzy Wasniewski and Mieczyslaw  Herstikovsnovstiffikoff.  At first they named their settlement North  Wasniewskiherstikovsnovstiffikoff, and within a few short years it was the fourth largest city in Pennsylvania, just behind Limerick, Philadelphia, and  Squirrel Hill.  However, after the 1812 gypsum drought followed by  the 1813-14 gypsum famine (also known as the “Alabaster Disaster”), the city began to dissolve.

Fortunately, two fortuitous and concurrent events transpired which saved the town from total collapse.  First, the citizens were sensible enough to change the name from “North Wasniewskiherstikovnovstiffikoff”  to "Washerst” (pronounced “WAS-herst”).  Second, Alojzy Wasniewski  discovered in nearby Mount Wasniewskiherstikovnovstiffikoff an immense vein of calcium bentonite.  As a result, Washerst became the world’s leading  producer of clumping kitty litter.

To this day, Washerst is the world’s principal producer of cat  litter, and it is the global headquarters for Kleen Kitty Kat Litter,® the top  brand of cat litter used around the planet. Civic pride of  Washerstians is reflected in their town motto, “Washerst – We Are A Kleen Kommunity.”

Pictured at the left:  Washerst's founders Alojzy Wasniewski and Mieczyslaw Herstikovsnovstiffikoff
Pictured above:  Two vintage postcards from Washerst ,Pennsylvania, "Home of  Poet Emmett E. Dickinson and the World Famous Moss & Hornwort Jubilee" and  "Having the time of our lives at the Washerst Moss & Hornwort Jubile." The Moss & Hornwrot Jubilee is celebrated every August ~ from 1802 to the present day.
Below left:  The Washerst Times announces the stock market crash of 1929 -- the first newspaper in America to do so.  Pictured on the right:  A "newspaper blackout poem" of a poem by Emmett Lee Dickinson using a 1929 edition of The New York Times. 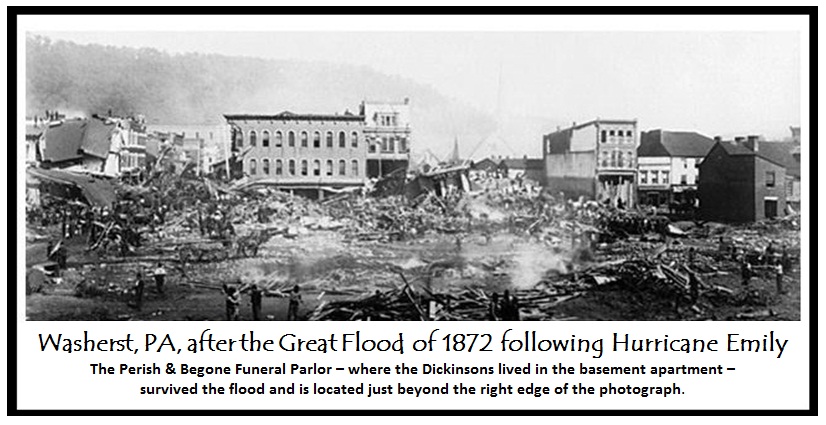 Pictured above, left to right:  the National Traffic Light and Traffic Sign Museum, the Washerst Newel Post Museum, and  the International Institute of Laundry and Ironing Sciences (click on images to enlarge).  For more information on the other museums of Washerst, click HERE.

For a calendar of annual events in Washerst, PA -- click HERE.