Like Cary Grant and Eva Marie Saint in Hitchcock's "North by Northwest," we traveled on Amtrak -- only we journeyed "North by Northeast," from DC's Union Station, through Washerst, PA (the birthplace of Emmett Lee Dickinson, Emily Dickinson's third cousin, twice removed -- at her request), to New York City.
Check back in the coming days to learn more about our trip to New York!

We traveled like Cary Grant and Eva Marie Saint in Alfred Hitchcock's "North By Northwest" -- except that they went north by northwest, and we traveled north by northeast;  they went to Chicago, and we journeyed to New York;  they ate in the diner car, and we dined at our seats  (and just FYI:  fine dining on a train is a thing of the past).
Gotham Comedy Club:  We spent Sunday night at the Gotham Comedy Club, and in addition to the scheduled "All Stars," we were surprised with two special guests, Jim Gaffigan and Jerry Seinfeld.  Both had heard that I was in town, and both wanted to stop by our table for advice on new material, comedic timing, stage presence, and more!  We had a great visits with both Jim and Jerry!

Pictured below:  After my address to the United Nations, we visited the National 9/11 Memorial and Museum.  It was a very moving experience.
Pictured below: "No day shall erase you from the memory of time."  On the sheets of paper surrounding Virgil's quote, relatives of those who died on 9/11 were invited to depict the color of the sky on that morning.

Below left:  We ate lunch at the Bluestone Lane Collective Cafe -- and the homemade tomato/basil soup and the avocado mash toast was DELICIOUS; we also had a coffee break at Bean & Bean near Wall Street; and we enjoyed a late night dinner at Sombrero (sorry for the blurry picture).  Below center:  After the 9/11 Museum and before School of Rock, I appeared on the Late Show with Stephen Colbert to discuss all things Emmett Lee Dickinson (sorry for the bad pic -- I got cut out); Below right:  For a late night treat, we enjoyed bite-sized cupcakes from Baked By Melissa (directly across from our hotel).

We had never visited the Morgan Library/Museum before, and we visited on this day to see the exhibit on Emily Dickinson -- and WOW, what a place!

After visiting the Morgan Library and Museum and lunch at Chop't, we visited the Metropolitan Museum of Art. We stayed a couple of hours at the museum, and we spent most of our time in the American Wing and the Modern & Contemporary Art galleries.  Of course, there was so much more to see throughout the museum -- ancient artifacts and art, the European paintings by the old masters, Asian art, and more -- so we'll go back on a future visit.  From what we did see and experience, though, here is my "top ten" list: 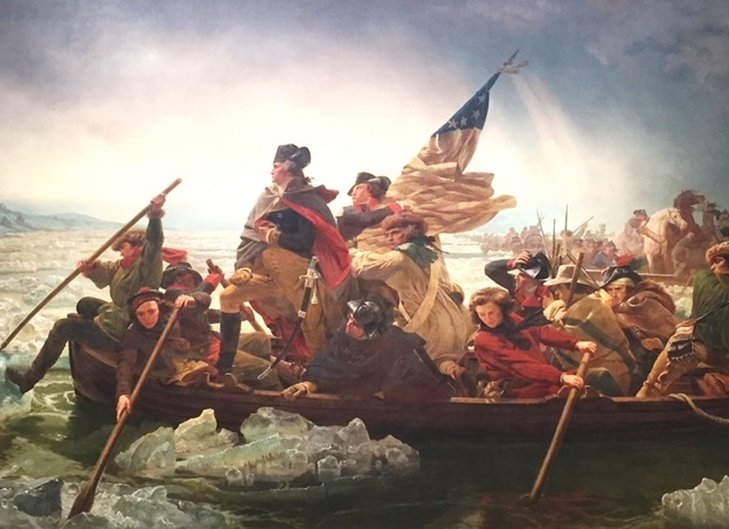 Below:  Other sites from the Metropolitan Museum of Art.

One last shot of Times Square (and the statue of Emmett Lee Dickinson) before heading home in the morning. 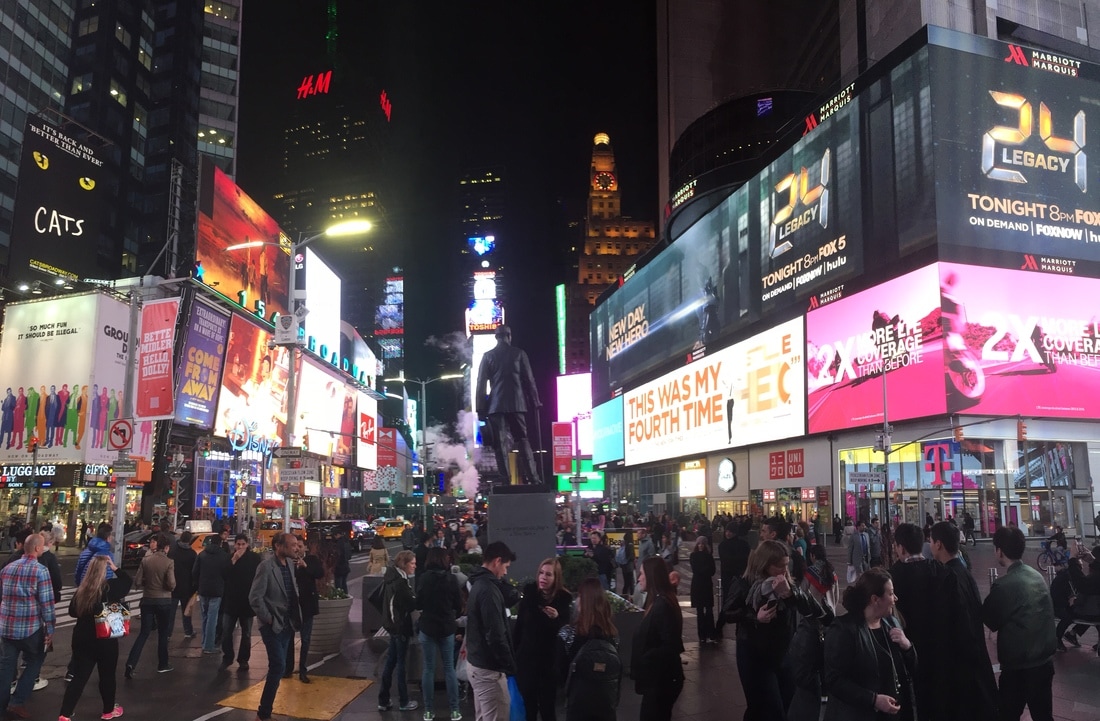 ​Breakfast with Lin-Manuel Miranda:  Before we departed on Wednesday morning, we had breakfast with Lin-Manuel Miranda to discuss possible tweaks to "Hamilton" -- Miranda wanted my advice. As a teen, Miranda attended the Emmett Lee Dickinson School for Boys in Washington Heights, and Dickinson's poem "I wish I know that poet's name" was one of his inspirations for the "Hamilton."  Read my plog (poetry blog) post about that HERE.
More pictures and stories of our trip coming soon!
CHECK OUT THE NEWS STORIES SURROUNDING OUR TRIP BELOW (Click the images to enlarge):