Edward Hopper, a prominent American painter shown below on the left in a self-portrait, attended the Emmett lee Dickinson School for Boys in Upper Nyack, New York.  He painted a likeness of the school in a painting that hangs in the Metropolitan Museum of Art in New York.  Often referred to as "View from Williamsburg Bridge" (below on the right), Hopper paid homage to his school by including its likeness in the painting.  Look closely in the shadow at the top of the red brick building on the right.

September 10:  The Staff from "The Office"

Hall of Fame catcher Yogi Berra attended the Emmett Lee School for Boys in St. Louis, MO, and he said that he was greatly influenced by the life and poetry of Emmett Lee Dickinson (Emily Dickinson's third cousin, twice removed -- at her request).  For information, click HERE (and scroll down to the entry on Yogi Berra).

American voice actor, Melvin "Mel" Blanc, who provided the voices for Bugs Bunny, Daffy Duck, Porky Pig, Tweety Bird, Sylvester the Cat, and more, attended the Emmett Lee Dickinson School for Boys in Portland, Oregon.  While in school, Blanc was shy and quiet, but found an outlet in the school's Mime Club. 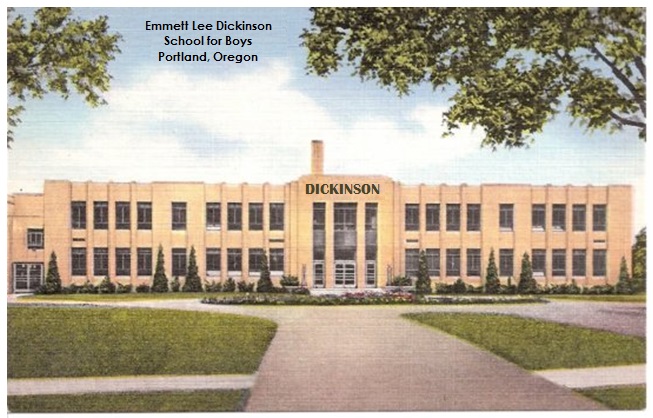 Jimmy Kimmel's favorite poem by Emmett Lee Dickinson was his ode to late night talk shows, "Some say goodnight -- at night" (below on the left).  Dickinson's poem inspired third cousin Emily  to write a poem with the same first line (below on the right).

Kroc was an intern in the kitchen at the Emmett Lee Dickinson School for Boys in Oak Park for several years.  There, he worked for the Kitchen Manager, Ronald "Big Mac" McDonald.  Kroc always attributed his success to the tutelage of "Big Mac" McDonald -- at to his "3 Keys to Success."

Below:  Cage's seminal work for no hands on the piano, 4" 33," was inspired by and dedicated to the National Academy of Deaf Piano Tuners located in Washerst, Pennsylvania, the birthplace of Emmett Lee Dickinson.
Below:  Cage wrote "Tinnitus" for soprano sax years before he developed the malady.
Below:  "White Noise" was Cage's companion piece to his earlier "Tinnitus."  It is written for the window air conditioner.
Below:  Two years after composing "White Noise," Cage wrote "Brown Noise" for bass recorder.  The piece was the inspiration for an episode of "South Park." 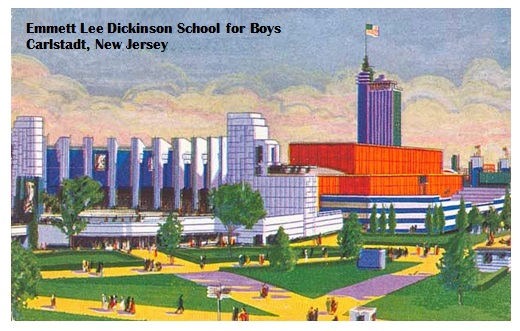 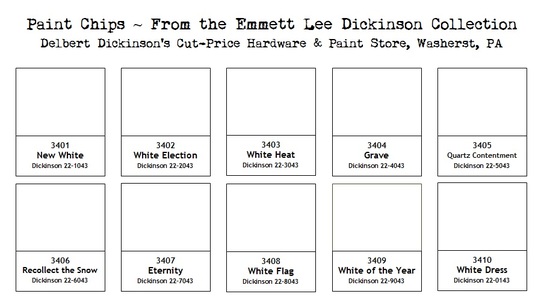 Below:  Chris Christie's senior prank made news in all of the major newspapers, like this article from The New York Times. 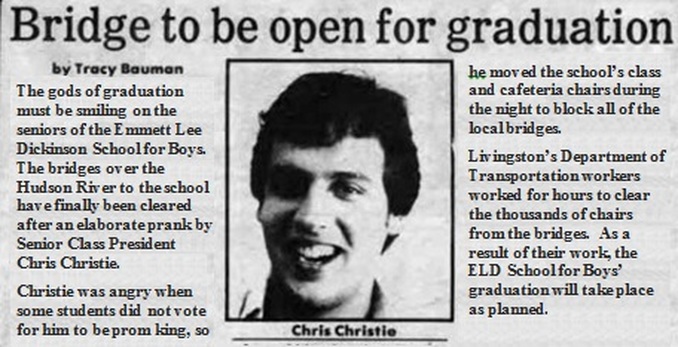 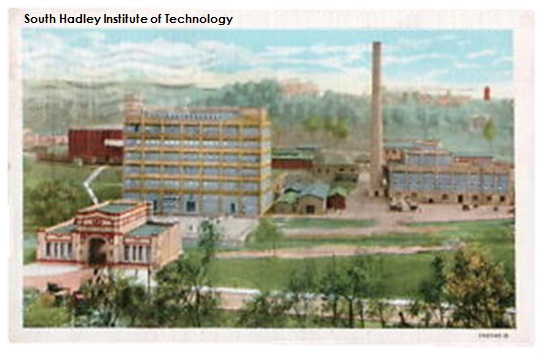 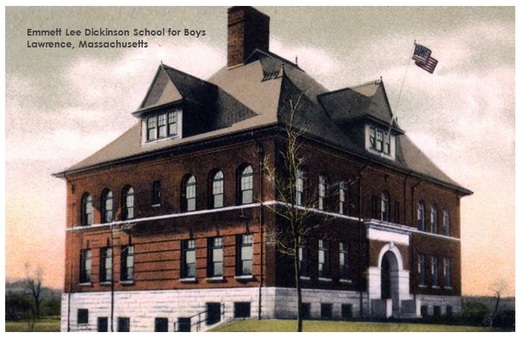 Below:  One of Frost's favorite poems by Emmett Lee Dickinson was "She's like hot sauce cuz she go with everything" (on the left).  That poem inspired Frost to write a poem called "Fire and Ice" (on the right).

Below:  Emmett Lee Dickinson's poem "The Class so little has to do"  (on the left) is what led to Oprah's decision to use trailers as classrooms. The philosophy of the Leadership Academy states that students should not have to deal "With only Teacher’s Talks to brood" where "Boredom quickly grows."  With trailers as classrooms, the school allows and enourages teachers to drive off with students at any time to incorporate a field trip with any lesson.   Dickinson's poem also inspired third cousin Emily to write "The Grass so little has to do" (on the right).

Below on the left:  The second of Orville Redenbacher's Emmett Lee Dickinson School for Boys in Oelwein, Iowa.  Below center:  The original building of Redenbacher's third-built Emmett Lee Dickinson School for Boys stands on the grounds of the present ELD School in Eudora, Kansas.  Below on the right:  The fourth of Recenbacher's magnificent schools was the first two-room school-house in America.  It is on the National Register of Historic Places.